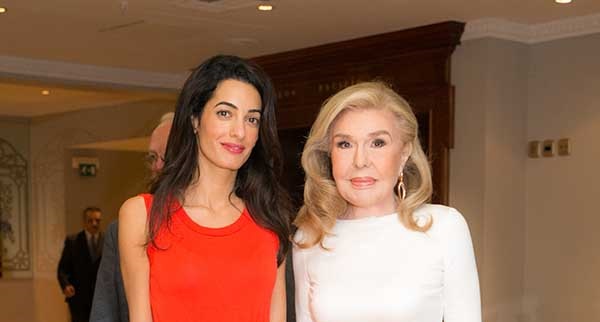 During their trip to Greece, the three prominent representatives of the famous law firm of London Doughty Street Chambers Mrs. Amal Alamuddin Clooney, Mr. Norman Palmer and Mr. Geoffrey Robertson, as well as the President of the International Association for the Reunification of the Parthenon Sculptures Mr. David Hill, met with the Goodwill Ambassador of UNESCO, Mrs. Marianna V. Vardinoyannis.

The five of them had a working dinner at the NJV Athens Plaza Hotel on Wednesday October 15th, 2014.They discussed about the issue of the return of the Parthenon sculptures in Greece and the recent initiative of UNESCO to play the role of the mediator between the two countries, Great Britain and Greece.